Evert Jan Nagtegaal was born in Utrecht, The Netherlands. He started his singing career under Iza Valeton whilst at teacher training college. Dora Lindeman became his tutor during his study at the Utrecht Conservatorium.
In Paris and then later also in The Netherlands he studied under the German baritone Udo Reinemann. He also followed the masterclasses given by Reinemann with Noël Lee, concentrating largely on song interpretation. The distinguished soprano Erna Spoorenberg was his coach for opera and oratory repertoire for many years. 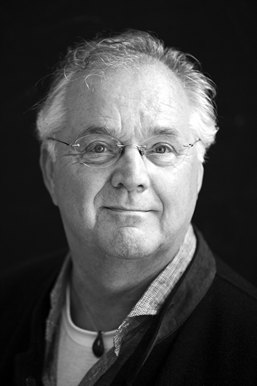 Evert Jan Nagtegaal is in great demand as a soloist for concerts and for larger oratory works and performs nationally and internationally in works such as Bach's Passionen, Brahms' Requiem, Handel's Messiah, the Requiem by Fauré and Masses by Rossini, Haydn and Puccini. He often gives song recitals together with Jacomijn Puite, Noël Lee or Reinder Mulder as pianist. He specialises in the romantic and late romantic repertoire of Schubert, Schumann, Brahms, Strauss and Mahler as well as French and English speaking repertoire of Fauré, Hahn, Poulenc, Vaughan-Williams, Britten, Finzi and Butterworth.

He has sung in various roles with Opera Forum and the Nationale Reisopera and in many other performances such as the musical Candide by Leonard Bernstein, the operas La Forza del Destino by Giuseppe Verdi, Madame Butterfly by Puccini, Orfeo by Haydn, Salome by Richard Strauss and Manon by Massenet led by the conductors Nikza Bareza, Allesandro de Marchi, Lawrence Renes, Valery Gergiev and Brad Cohen. Evert Jan Nagtegaal has also appeared in the operettas Boccaccio, La belle Hélène and the children's opera Cinderella by Kerry Woodward.

He has produced several cd's together with the pianist Noël Lee performing songs from Dutch, German and French composers such as Bosmans, Van Eijken, Brahms, Schumann, Hahn, Massenet and others.

Evert Jan Nagtegaal is not only using his voice for singing but also for speaking commercial texts and voice-overs.
As an actor he was on local television in the soap series 'Nachtegaal & Zonen'.
For the Concertzender he makes programs and can be heard as a presenter.